The Making of: An autogeography. 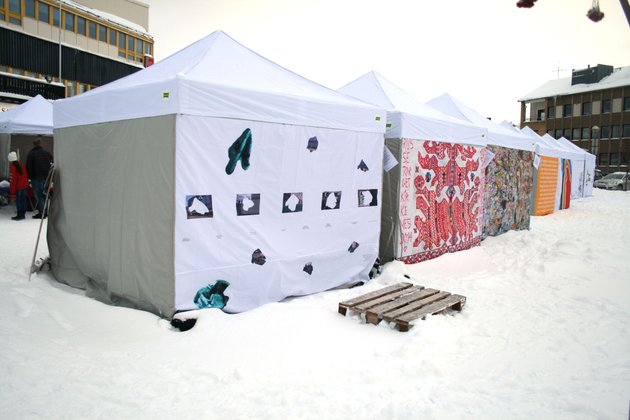 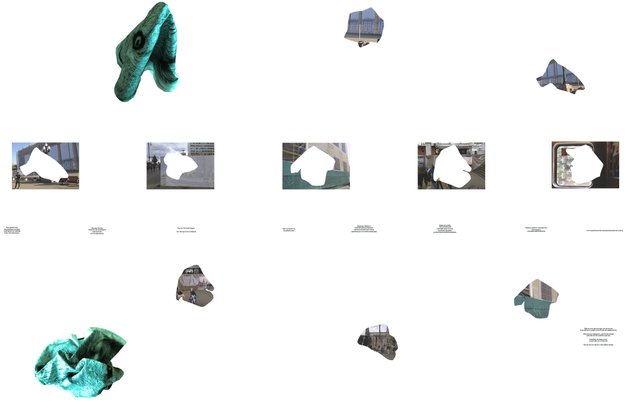 On the last Thursday of every month of the year, market tents transform the square in Kirkenes. As cyclical a punctuality as that of any established indoor gallery with vernissage every fourth week.

The town’s uncontrolled transformation of the urban landscape is due to snowfall and snowmelt. Steering clear of bureaucracy, urban planning or border controls, the snow shapes new outlines not described in the town’s activity calendar.

It is possible to observe a snowfall in real time.

To read the pattern ”an autogeography” on the back of the market tent requires a physical distance similar to that of an observer looking at the items exposed inside the tent.

The snow now covers half of the pattern.

The activity in the square on the last Thursday of every month is described as an attraction in the activity calendar of the global tourism industry.

Snowfall covers logotypes and slogans in the public space.

The pattern ”an autogeography” is based on pictures that conceal or associate a building with an activity. A piece of cloth hides parts of photos of banners on buildings or windows, which creates a movable form.

The following notes from my time as migrant worker in Kirkenes constitute the pattern’s horizontal line:

With the town and street signs covered in snow,

it was difficult to navigate around streets and neighbourhoods.

When the snow disappeared, a paved path emerged under the short cut across the open area.

Something was being erected.

It turned out to be a circus tent.

The tent was to be the site of the political meeting.